As a Director on Wall Street, I Regret Abusing My Analyst Dave

Making a young Wall Street professional (called an analyst) work 80 hours a week is appropriate They know what they’re getting into.  Now, starting salaries are about $100k.

However, abusing them on top of these long hours is not fine.  Here’s my dirty story of how I abused my analyst, Dave.

It was the Christmas party of 2004. I was already working 80 hours a week as I described in my article I abused myself on purpose.

What I did right

Most of the time when I allocated work to my junior pros, I gave them plenty of time to complete their work with realistic deadlines.  I treated my junior pros better than most of my peers did.

I spent time teaching them the business, something that few senior people took seriously.

I cared about their professional development.  I think some liked working for me.  Some might be reading this article now, nodding in agreement or laughing uncontrollably.

First came the money and then the ego

When you become senior and break the million-dollar mark for annual compensation, it can go right to your head.  I didn’t think it did for the longest time.

I began thinking I was better than my friends simply because I made more money. My ego was way out of control.  For example, I bought 2 tickets for the 2000 World Series “subway series” between the Yankees and Mets.

My son was a Yankees fan.  I hated baseball but wanted to be with him.

$3k per ticket, no problem. Waive it in!

Vacations around the world, fancy 4 bedrooms on the upper west side. And taxis.  I was too good for the subway.

Then came the professional abuse

It was Christmas week, 2004.  I had a vacation planned with my family to Florida (ok, not as sexy as Europe, but we had family there).  I needed to complete a pitchbook and get to a client before my trip.

The complication came with the timing of the Christmas party.  I was catching a plane the next morning.  I completed all my work ahead of time, but I still needed to sign off on Dave’s work.

The party started at 6:00 pm.  However, Dave didn’t get all his work done in time.  No offense, Dave, but I think you were out drinking the night before and got in at 11:00 am.

11:00 am?  You’re in at 9:00 am, regardless of your mental and physical state.  Rules are rules. I had no sympathy for a binge the night before.

I sat down with Dave at about 4:00 pm and demanded he come back to the office (no remote work then) the night of the Christmas party to finish the pitch.  Not the next day since I would be leaving on a jet plane (don’t know when I’ll be back again… oh baby..)

In my mind, a very reasonable request since I was lord of the pitchbook.  I didn’t care about the Christmas party. I was going on vacation, and he needed to adjust his continuing partying accordingly.

Client work rules everything else, except your own funeral.

Let’s just take a pause.  Just think about what I thought was normal.  I owned him.  In retrospect, I can’t believe what I did.

I didn’t know at the time, but after our 4:00 pm meeting, Dave went to my department head to complain.  Let’s call him Bob.  I think Dave tried to talk sense into me, but that certainly didn’t work.

Think about the guts of this 23-year-old “kid”, complaining about a much more senior person.  We’re not talking about the current day Goldman Sachs analyst rebellion pitchbook in the time of Black Lives Matter, LGBTQ, and transparency.

We’re talking about the height of banking when abuse was the norm.  Most junior pros sucked it up. I did when I was their age.  I took ridiculous abuse.

At 5:00 pm, Bob and I sat down.  He stared at me with disbelief.  When I was a junior pro, I had the same relationship with Bob that David had with me.  I busted my butt for Bob, never complaining once.

What the hell?  I was getting a lecture NOW?

Come to think of it though, Bob never went so far as ordering me back from a Christmas party to finish a pitchbook.  He never did anything even close. Hm…

Bob was really calm and explained that I was way over my skis.  As he explained, the Christmas party was a chance to let loose, have fun.  I don’t think I understood what fun was.  Not sure I do now-ok, that won’t go on my dating profile.

I was pissed off that the head of my department was telling me how to handle my “slaves”. I didn’t even understand that lines could have been crossed.  I didn’t even know there were lines.

Let’s be realistic, I never asked Dave for his blood, to perform in satanic rituals or….  I simply needed work that had to get done. The client needed it. It seemed simple

I still didn’t get it

Dave left for the party, did not work on my pitchbook, and forced me to work over vacation.  I think it took me about 5 years to fully appreciate what an asshole I was.

I crossed the line, an invisible line that Bob and Dave understood that I didn’t. My emotional immaturity was showing.  Sometimes it shows now-not going on my dating profile.

That’s the thing about the ego, it never allows light through, only feelings of superiority, control, and power. Money is simply a means to power and control.

Many years later I had lunch with Dave and his wife.  Way before that my money had run out from 2 divorces and 15 years of private school/college for my 3 kids.  Let’s see, $30,000 tuition (on average) per year times 15 years x 3 kids= OMG!

Clearly, we won’t put my finical situation on my dating profile.  What’s left?  “Really hard-working career coach that used to be an asshole?”

I learned humility the hard way. Wait until you lose everything to see how your outlook changes.

During my lunch with Dave, I apologized.  He shrugged it off.  I had to remind him of the whole nightmare Christmas party.  I apologized to his wife also.  If they had a dog, I would have to him/her/them.

Do dogs have pronouns?

You want to work on Wall Street and make the money, get ready to sacrifice everything to learn and grow.  However, please don’t put up with assholes like my 2004 self. 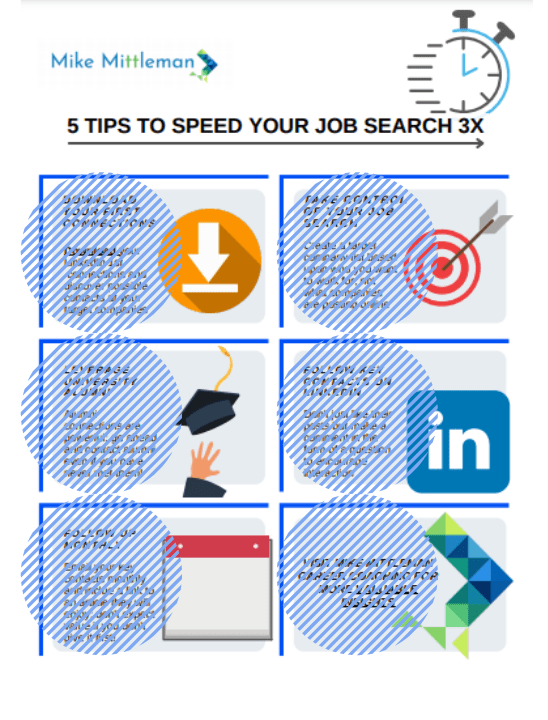 By entering your email, you consent to receive further communication from us to help you with your job search. We will never sell your information or share it with a third party.